The UK’s Prime Minister, David Cameron three months ago was in Jordan where he met with HM King of Jordan  (Abdullah II) and also took time to meet with displaced Syrian refugees at the border, who had fled the conflict within Syria, which has been going on since March 2011 and is known as the Syrian Civil War. 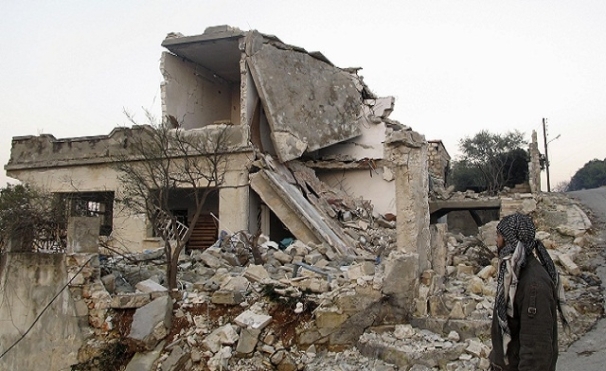 Mr Cameron was discussing the sinister situation within Syria with the King , which sees fighting on a daily basis. There was a UN – proposal of a four day ceasefire during the time of the Muslim festival, Eid, in October 2012, this was however broken, after a car bomb exploded and killed many people, according to reports from within the country. Images have appeared on all platforms of the media revealing the devastation there and the immense number of casualties (60,000 dead according to the UN, although much more than this number are thought to have died).

There is currently an ongoing UN appeal and $1.5 billion has already been pledged to help the refugees with food, water, sanitation, shelter, medical care and supplies. The following statement is from Mr Panos Moumtzis from the official United Nations Human Committee for Refugees.

“Over half a million refugees have now fled the escalating violence in Syria and around 3,000 new refugees are crossing the border into neighbouring countries such as Turkey and Jordan every day. It is estimated that up to 1 million Syrian refugees will need help by the end of the first half of 2013.

“We are constantly shocked by the horrific stories refugees tell us. Their lives are in turmoil. They have lost their homes and family members. By the time they reach the borders, they are exhausted, traumatised and with little or no resources to rely on.”

The refugee crisis has seen the UK pledge £21 million to Jordan and the UK are pledging £50 million more than doubling the amount of funding to the UN for Syria.n refugees. This funding was announced by the UK’s International Development Secretary Justine Greening whilst attending a joint emergency conference by hosts Kuwait and the United Nations who set the appeal target at $1.5 billion and received in excess of this from Countries such as the US and Germany and other organisations.

Justine Greening said “In Jordan on Saturday, I saw for myself the human cost of this conflict and the massive effort by NGOs to deal with huge numbers of refugees.” The UK is currently providing a total of £139.5 million to the crisis.

General Secretary of the UN Ban Ki-Moon was at the emergency Kuwaiti conference (held on 30/01/2013)  too, he is quoted as saying: “The situation in Syria is catastrophic and getting worse by the day … And every day Syrians face a cascading catalogue of horrors: unrelenting violence, dwindling supplies of food and medicine, and human rights violations including sexual violence and arbitrary arrests and detention.”

Prime Minister David Cameron is currently in Algeria after the savage hostage situation which took place there and where six Britons were killed. From 1st January 2013 the UK have been holding the G8’s Presidency and one of the issues on the agenda is tackling Terrorism; Mr Cameron’s visit to Algeria is addressing this issue at hand, whilst the problem of Syria is sure to remain on the agenda too.

The latest development within Syria is the air strike that has taken place in Syria by Israeli jets; Syria has confirmed the air strikes although negates the target (which is said to be lorries carrying weapons, near the border of Lebanon). The BBC has reported that “Lebanese security sources, Western diplomats and Syrian rebels say an arms convoy was hit near Lebanon’s border.” This is contrary to what the Syrian Government has reported, they claim that a scientific military facility  was hit by the air strike in nearby Damascus, they also said that this facility was being attempted to be taken over by rebels also frequently referred to as terrorists by President Assad’s regime in Syria. Controversy follows president Assad and his regimes references to national terrorists operating within the country. Russia and China have backed Syria so far, although much of the World and the UN are opposed to China and Russia’s support for President Assad.

The situation is an intrinsic one, the US and Israel have not commented on the incident and it is said that Israel struck with their jets to ensure that anti-aircraft missiles did not fall into the hands of Hezbollah a militant group within Lebanon. Syria is believed to have acquired these weapons including anti-tank missiles from Russia, after a nuclear reactor was taken out by Israel in another air strike in 2007. Israel and the US are concerned that countries such as Syria, Iran, and Lebanon will use chemical weapons in a conflict and therefore Israel have stepped up their security in the North of the country.

Syria’s double – trouble is a problem, the world is watching and also trying to help the refugees, however the country is in need of dire help to sort the problem out peacefully. Finally, the United Nations have warned Syria to not use any chemical weapons as has the US.

The UNHCR are still taking donations towards the Syrian crisis: http://donate.unhcr.org/syria-uk