in the Terai Arc with the

help of India and Nepal

The conservation of Tigers in the wild has been a difficult fight and a constant struggle for Conservation groups like the World Wild Fund for Nature (WWF) and the Indian government. The fight is not off as yet though, as India and Nepal backed by the WWF keep their eyes on the tiger! The trio are planning on a census to document the amount of Royal Bengal Tigers within India and Nepal through the use of planted trap cameras in both India and Nepal. The Royal Bengal tiger’s numbers have said to be dwindling and therefore they have been given the status of an endangered species since 2010 which was the year of the tiger in the Chinese horoscope, the next year of the tiger is 2022 and WWF’s gobal tiger campaign aims to have doubled the number of Tigers by then, the global campaign is being led by Hollywood actor Leonardo Di Caprio. 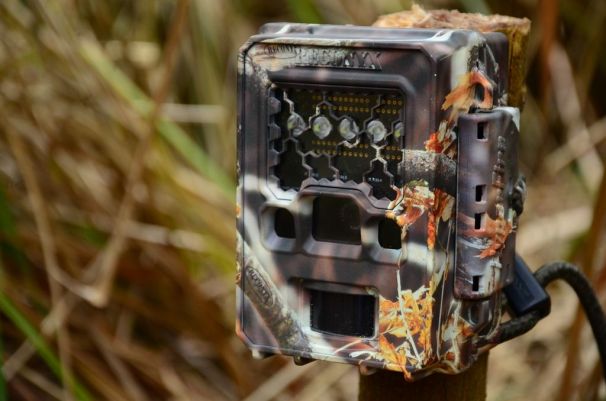 The WWF, India and Nepal are all set to meet their objectives of putting a number on the tigers and also helping in a conservationist aspect through many objectives such as:

WWF began in 1960 and in 2010 they had been around for 50 years, they are a prestigious organisation and global in their efforts being present in 100 countries where they have offices working at a local level to ensure conservation for the countries’ species.

India’s Project Tiger was launched in 1972 by WWF, and saw a six-year national tiger conservation plan and 15 new tiger reserves. The county’s tiger population increased by 30% in just seven years.

Although due to poaching and encroachment upon the tigers habitat by man, tiger conservation is important as ever as numbers are said to be low and the Indian Tiger an endangered species. The following video is WWF’s Indian Save the Tiger campaign video:

WWF’s mission statement on the joint partnership between India and Nepal for Tigers is:

“WWF-India’s goal is to restore and maintain tiger habitats, protect the tiger and its prey base in important tiger landscapes in India.”

WWF have been working to conserve the tiger since on a large scale since 1972 and throughout their campaigns they have always sought to raise awareness of the danger of the Royal Bengal tiger becoming an extinct species. The following is a poster by WWF highlighting the danger of extinction to the tiger in the countries listed below (where they can be found), extinction is a possibility that is very real if tigers do not stop being hunted and their habitat being continually destroyed by Humankind: 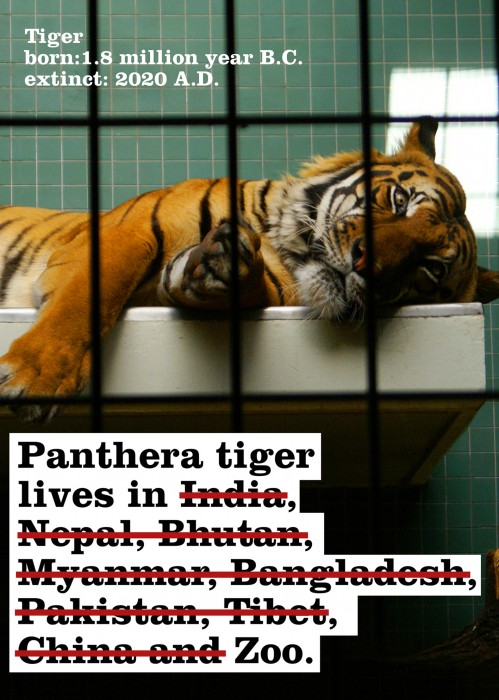 The announcement for the joint tiger survey was made on the 8th January at the 6th Indo-Nepal consultative meeting organized between the two governments, India started work on the project in November 2012 and Nepal are working on the project between January 2013 to March 2013. The project will cover 15 areas within the Terai Arc located between the two countries and at the bottom of the Himalaya’s.

The names of the Protected Areas in India in the Terai Arc are as follows:

Sonanadi Wild Life Sanctuary, Corbett National Park, Kishanpur WLS, Dudhwa National Park, Katarniaghat WLS, Sohagibarwa WLS, Valmiki National Park and Valmiki Sanctuary, those are a few of the main tiger territories. The Survey will also look at the availability of prey for the tigers, which will also be captured by motion sensitive camera’s of which there will be many hundreds in both India and Nepal. There will be a more accurate census for the tigers as the teams working alongside WWF will ensure that no tiger is counted twice as this will be confirmed by photographs on both sides. India is said to have the most densest of Royal Bengal Tigers with the number at around 500.

The names of the Protected Areas in Nepal in the Terai Arc are:

In India the Terai Arc Landscape is an 810-km stretch that extends from the river Bhagmati in the east in the state of Bihar to river Yamuna in the west near India’s Capital Delhi.

The number of Royal Bengal Tigers in the wild has been put at approximately a minimum of 1,576 to a maximum of 1,875, this number comes from The National Tiger Authority and included numbers of tigers within 17 states within India from 41 tiger reserves. India has the largest population of the Indian Tiger and as for the estimated remaining population within the World that number is at a meagre 3,000, when 100 years ago there were 100,000 tigers in the wild.

The problems that have caused tiger numbers to decline are due to many reasons and those that have mainly been responsible are those who have in the past culled tigers, and consumers of tiger products, there is also the problem of poachers/criminal networks who deal in selling tiger products to places like China where tiger parts are highly prized. Another few key responsible parties are tiger farm operators who breed tigers and sell their parts, which leads to a higher demand for tiger products, also Governments that are not working hard enough to protect tigers from poachers and their habitat and they’re not upholding the laws against illegal trafficking. Even the everyday person is responsible as people who waste paper are often responsible for the loss of the tigers forest habitat where trees are cut down for the demand of paper, of course this responsibility also lies with large corporations who are not considerate of the tigers habitat and cause deforestation on a mass scale.

The ones that are responsible are up against the non-stop global scale tiger campaign to preserve the tiger with the help of pro-active governments and organisations such as WWF who are working to bring about solutions to the problems posed (mentioned above).

The solutions to these problems are simple although require action to solve the problem there needs to be an end to the tiger killing for their skins and other parts and countries like China are where these products are often in high demand for traditional believed to be healing medicinal reasons and as status symbols of power, these are some reasons as to why some tigers have been driven to extinction and numbers have fell. Poaching is a major part of the problem which needs to be met head on and stopped governments like India and China are looking at ways to stop this with options such as armed tiger personnel, tigers should be monitored more closely and effectively in the wild and in captivity. There needs to be a continuity in maintaining tiger reserves and new ones should be established to ensure successful flourishing of tiger numbers. Sustainable living is another solution which will save the trees and thus the tiger habitats and it is not just individuals who need to do this but also corporations. Educating people about tigers and their dire situation is an essential part to the tigers success, an increase in political campaigning and will and funding is as always ever needed.

A good reason to protect the tigers is that their environment is just as essential to us as it is to them and if there were no tigers that would it is suggested more than likely lead to deforestation and the loss of the important features of the forest such as cleaner air and countering climate change and fresh clean water. Tiger tourism can benefit poor communities by providing a source of income through local tourism consumerism.

The following is a map of where the tigers can be found roaming, it has been produced by the Wildlife Protection Society of India: 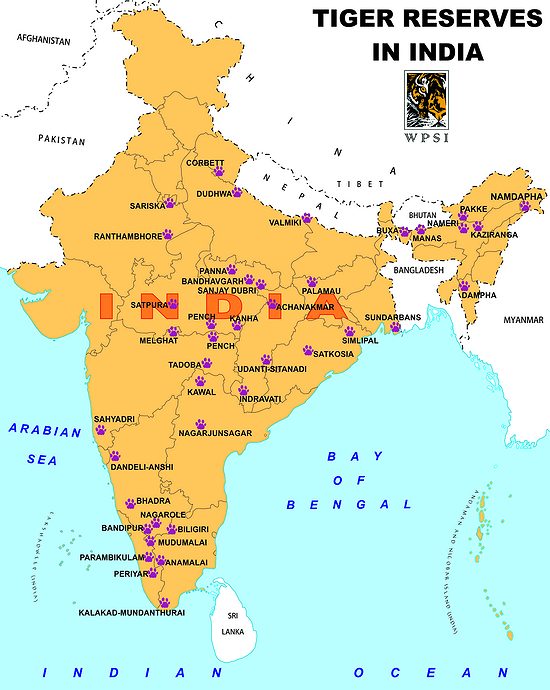 The compilation of the results is said to take up to about 4 months and then an accurate census on tiger numbers should be available. WWF India says:

“The shared monitoring results between India and Nepal will enable the development of a comprehensive management approach for tigers across the TAL for the first time.”

As for both governments this initiative for the tiger will continue to be focused on the aim to double tiger numbers by 2022. Mr. Bishwo Nath Oli, head of the Nepal delegation and Joint Secretary of the Government of Nepal’s Ministry of Forests and Soil Conservation said “The survey results will play an important role in shaping strategies to get us to our ultimate goal of Tx2, doubling the number of wild tigers, which was set during the historic Tiger summit in 2010.”

India spends about US$75 million a year to provide protection for its tigers.

The Bengal can live as long as 15 years in the wild.