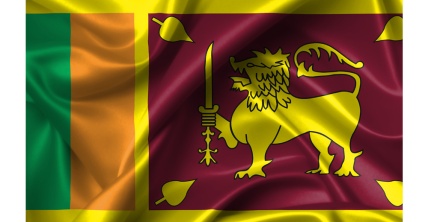 Sri Lanka has a scary past and the previous governments and their Presidents have witnessed the country in a state of turmoil, with so many deaths numbering  70,000 after 25 years of war plagued with suicide bombings and rife in violation of Human rights abuses on both sides.

This number grew to estimates between 25,000 to 75,000 alone in the final two years of the civil war, between Tamil rebels and the government armed forces when there was a massacre in 2009.

The number the government put the final phase assault, was at 9,000 which many Human rights groups contest.

The UNHRC had at one point commended Sri Lanka for an apparent turn around in the number of war crimes and violation of human rights.

It was shortly discovered that Sri Lanka’s government army was killing thousands and by the number and no prosecutions were occurring whereas war crimes were taking place and violations of human rights were in abundance.

NATION AT WAR
Army and Tamil separatists were engaged in conflict involving air raids, roadside blasts, suicide bombings, land and sea battles. Hospitals were attacked and civilians including children, women and men were killed and abused in a barrage of constant attacks in North and East of Sri Lanka.

A 2011 UN report said hospitals, UN centres and ships belonging to the Red Cross were deliberately targeted by the army. The government was accused of using heavy weaponry and shelling in a government-designated “safe zone” for civilians.

The core UNHRC group which proposed the resolution, including the US and UK governments will want to see progress from Sri Lanka and the President of Sri Lanka was positive and said on the resolution that he will “discuss various issues concerning reconciliation, the government will hold conferences with all political parties, leaders of all religions, intellectuals and Sri Lankan diaspora”

The President has a task ahead to include everyone unlike in the past where many have been sidelined and left without a voice, now the UNHRC have pushed forward an agenda and a challenge of inclusiveness to the Sri Lankan government. Although the President has been making promises on reconciliation since his newly elected government came to power.

UK Prime minister David Cameron said: “Britain is committed to standing up for those affected by Sri Lanka’s civil war, and has been instrumental in the United Nations (UN) investigation and adoption of this resolution. I welcome the Sri Lankan government’s commitment to ensuring those responsible are held to account and I encourage them to continue to work with the UN.”

The country is stunning and beautiful, yet Sri Lanka’s citizens lives have been far from beautiful with the country in civil war for the past 25 years.

It is appalling that so many innocent children, women, and men have lost their lives in these dangerous conflicts and in such a tragic way.

The country’s leaders and their governments have been on the sidelines allowing mass murder to occur & atrocities that have upset the international organization UNHRC as well as many human rights groups. 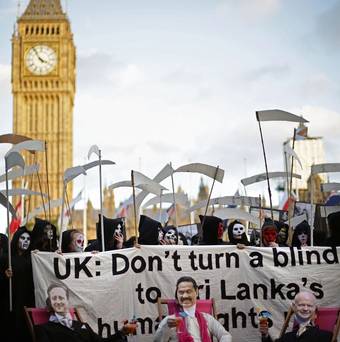 The Human Rights groups and Tamil groups have not been quite on this issue pointing out that there is no international investigation to take place when there was previously talk of one likely to take place and that the former President Mahinda Rajapaksa is not going to be in the electric chair and the country is not on any blacklist for war crimes. An upset and shocked reality for them.

Humanosphere.org’s headline before the resolution was passed was:

As I mentioned the reason they stated for their headline was not having any international involvement which they stated could mean more difficulty for the people of Sri Lanka to acquire fair justice.

The Terrorism Act in Sri Lanka is often a matter of controversy, as it is seen as being misused to target people of minority unfairly and the human rights violations which follow down this path in mass numbers.

The Government have said they are genuinely fighting terrorists, however this resolution will now place Sri Lanka further in the limelight and under the careful watch of the international community.

Amnesty International urged the global community and Sri Lankan authorities to see to it that victims and their families were consulted at every step of the process to get to truth and justice; expressing disappointment over the dilution of principles of justice in the resolution.

The Transnational Government of Tamil Eelam (TGTE), a New York-based body, however said it would form an international team comprising judges, lawyers and human rights specialists to monitor the implementation of the resolution.”

Violation of people’s human rights needs to be taken seriously; If the constitution is reviewed in the future, it may well mean that the judges of the courts will be international rather than from Sri Lanka and there may be international courts within Sri Lanka to try against war crimes, which is what many are calling for as it is viewed as an open unbiased and democratic process and un-corrupt from internal agendas.

Sri Lanka should embrace its diversity, if not for the citizens then for the  image it portrays to the world, though this hasn’t stopped other leaderships such as President Assad of Syria and his chemical attack, and the lessons are there to be learnt from the unjustifiable wars and the war crimes taking place.

Whether Sri Lanka will move away from this murderous air of hostility  many will hope, with a vision to see no more bloody times in this beautiful country that is theirs and should be able to democratically deal with these horrors internally, although not corruptly.

Another chance for Sri Lanka then; they should not abuse the opportunity to the country’s own governance of their courts they have been given a chance to strive for the country’s peace, independent of international investigations and international court systems.

The President on his return from the UN General Assembly was welcomed by many and greeted with peace offerings, whether he chooses to lead the country in a positive and peaceful direction, Sri Lanka’s people will hope. 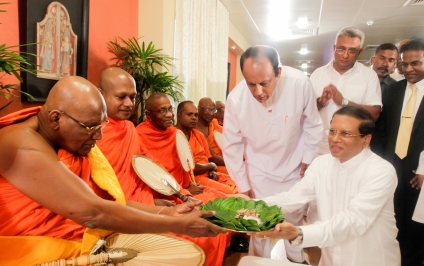 The resolution calls for an oral report in June 2016 and a written report in March 2017.

Peace for the future, is a big ask of a country with such a tragic past, but there is always hope that Sri Lanka may surprise everyone with a turn around in their violent past.

The Civil war began with ethnic tensions between the majority Sinhalese and the Tamil minority in the northeast. Recriminations over Human rights abuses by both sides continue.

A UN report published in 2011 said both sides in the conflict committed war crimes against civilians. The Sri Lankan government rejected this and later reports as biased.

The US in 2012 said that “serious human rights violations” including disappearances, torture, summary killings and threats to free expression persisted in Sri Lanka, despite the end to the bloody separatist war with Tamil Tiger rebels in 2009.

The comments came at the Universal Periodic Review at the UN Human Rights Council in Geneva.

The Tamil Tigers are also known as the Liberation Tigers of Tamil Eelam (LTTE).

The LTTE was established in 1976 by Velupillai Prabhakaran as the successor to an organization he had formed earlier in the 1970s. The LTTE grew to become one of the world’s most sophisticated and tightly organized insurgent groups. During the 1970s the organization carried out a number of guerrilla attacks.

In 1983, after the killing of 13 soldiers by Tamil guerrillas and retaliatory attacks by the Sri Lankan military, large-scale violence erupted between the government and the LTTE.

By 1985 the group was in control of Jaffna and most of the Jaffna Peninsula in northern Sri Lanka. Under Prabhakaran’s orders, the LTTE had eliminated most of its rival Tamil groups by 1987.

To fund its operations, the group engaged in illegal activities (including bank robberies and drug smuggling) and the extortion of Tamils in Sri Lanka and elsewhere, but it also received considerable voluntary financial support from Tamils living abroad.

The LTTE lost control of Jaffna in October 1987 to an Indian peacekeeping force IPKF that had been sent to Sri Lanka to assist in the implementation of a complete cease-fire. However, following the withdrawal of the IPKF in March 1990, the Tigers grew in strength and conducted several successful guerrilla operations and terrorist attacks.

On May 21, 1991, a suicide bomber killed former Indian prime minister Rajiv Gandhi while he was campaigning in the Indian state of Tamil Nadu. Other attacks included an August 1992 land-mine explosion in Jaffna, which killed 10 senior military commanders; the May 1993 assassination of Sri Lankan President Ranasinghe Premadasa; a January 1996 suicide bomb attack on the central bank of Colombo that killed 100 people; and a July 2001 attack on Colombo’s international airport that destroyed half of the country’s commercial airliners.

An elite unit of the LTTE, the Black Tigers,” was responsible for carrying out suicide attacks.

If faced with unavoidable capture by Sri Lankan authorities, those operatives and others purportedly committed suicide by swallowing cyanide capsules that they wore around their necks.

For more information on the Sri Lanka civil war you may want to visit the link below: