This article ‘Fracking a ‘Catalyst to Earthquakes’ looks at the link between fracking and earthquakes:

I also have an article which looks at the basics of Fracking and tells you more about what Fracking is and how its done.
The other article is titled ‘Lords’ Pro-Fracking Report published yet poll shows Fracking not in Favour!’ (in the link below):

Fracking a Catalyst to Earthquakes 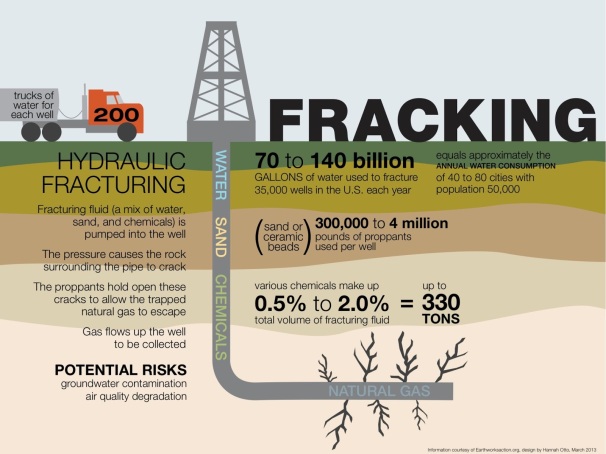 Fracking is a catalyst to Earthquakes and this is evident in a rise in seismic activity in places like USA’s – Oklahoma where earthquakes have been occurring on a much larger scale; than before Fracking had begun for oil and gas, so much so that Oklahoma now sees more Earthquakes than anywhere else in the world. The most recent happening on the 30 December 2015 with a magnitude of 4.3, followed the next five days by aftershock/tremors with a further threat of more to follow. As a result 4,400 residents were left with no electricity and caused damage to the properties.

The United States Geological Survey says that more Earthquakes are to be expected as a major fault may have been re-activated by the Earthquake and that as a result this may result in further 4.0 and more magnitude earthquakes. 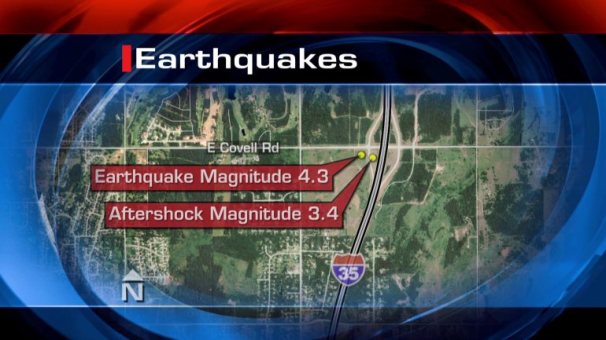 Oklahoma went from two earthquakes a year before 2009 to two a day. This year, roughly 700 earthquakes of magnitude 3 or higher has shook the state, compared to 20 in 2009.

In August 2015, Oklahoma Governor – Mary Fallin admitted there was a “direct correlation between the increase of earthquakes that we’ve seen in Oklahoma [and] disposal wells.”

The latest 2015 figures for Oklahoma, show that fracking has become common, state authorities issued a report saying that the state has experienced 585  (magnitude 3+) earthquakes in 2014 compared to 109 events recorded in 2013. Oklahoma has more earthquakes in 2015 than all of continental U.S. combined. Earthquakes are hitting in swarms, and it has been reported in America that in Oklahoma no one apart from concerned residents is taking this seriously.

The disposal wells are a particular problem as the waste fluids pumped underground seems to be causing the ground to form faults and displace the stable earth to an unstable state leading to these Earthquakes. 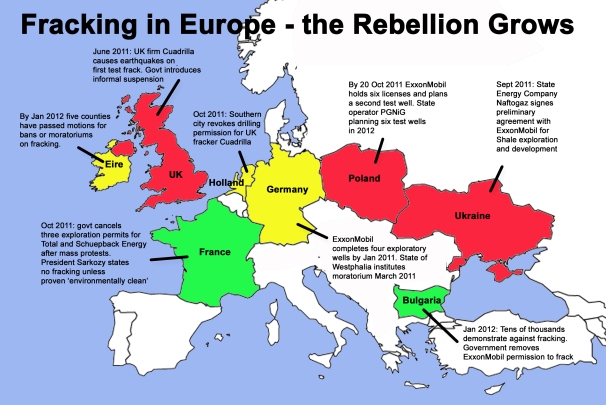 Honn Kao, a research scientist with Geological Survey of Canada said of this pumping of fluid, “In theory, a bigger injection of fracking fluid can certainly trigger a bigger quake.”

At the moment there is not much concern about the Earthquakes with a magnitude of 3.0 or under it is only when it reaches 3.5 magnitude that regulators have suggested shutting down the fracking operations and re-locating to a new location. There should be some serious concern for these smaller magnitude quakes too.

A lady from Oklahoma said of the multiple Earthquakes – “I live in Medford and my husband is a handy-man and we can tell you that these little quakes do cause damage. Doorways are askew, cracks are appearing and growing, and parts of houses are sinking!” she also said “The Oklahoma Corporate Commission refuses to fine these wells that are injecting too much waste fluid too deep.”  Frustrated by the media she says that “they are not even reporting all of the quakes we’ve felt.” 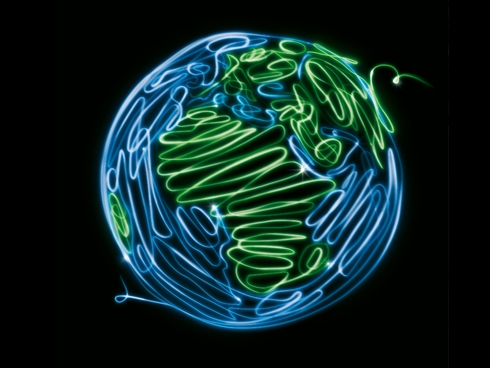 In the UK test drilling for Shale gas, twice caused magnitude 2.0 earthquakes, and this in the testing stage in Lancashire, after two earthquakes of 1.5 and 2.2 magnitude hit the area a subsequent study found it was “highly probable” that shale gas test drilling triggered the tremors.

The UK government-appointed panel said there could be more tremors as a result of fracking, but they will be too small to do structural damage above ground. This is what was said in Oklahoma and they are reporting currently Earthquakes at 4.3 magnitude.

Does the UK not need to take all this into consideration rather than speeding up the process as they are currently doing. In most recent Earthquake News Ohio has been linked to Fracking where a new study links nearly 80 earthquakes ranging between 1.0 magnitude to 3.0 magnitude that occurred in Ohio’s Mahoning County in March 2014 to nearby fracking operations.

The British Columbia Oil and Gas Commission released a report in August 2015 stating that a  4.6 magnitude earthquake that rocked northeast British Columbia in August was caused by fracking and may be the largest earthquake on record to be attributed to the controversial energy extraction process.

These human related earthquakes are human made with the number of earthquakes rising in many areas, with this in mind should Fracking continue in the US, UK, or anywhere in the World? 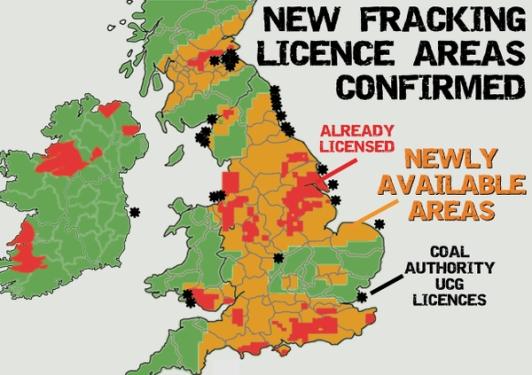 The National Parks are under threat to with David Cameron confirming that the UK is to go “all out” for shale gas. The Parks could be in danger from Earthquakes too, yet the plans to do this fracking under national parks has already been approved. 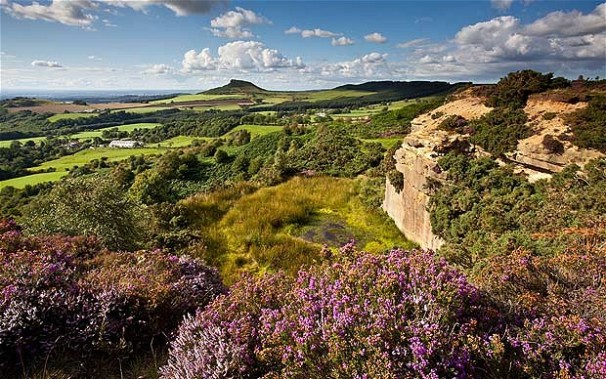 Many residents from all around the country have opposed fracking by protesting in places like Chester, Balcombe, Greater Manchester and Blackpool and Fylde Coast. Yet the government seem to be pushing for fracking.

In an insight from former Environment Agency chairman Chris Smith, The UK is going into reverse on renewable energy while trying to hasten the beginning of the fracking process. The emphasis should be on working on developing green energy and not putting the UK/US/EU/World land at risk of earthquakes. Asia will be watching with keen eyes as to what kind of approach the richer nations take on this risky road of Fracking before making a stake for their own Fracking Revolution or Fracking Revolt, as for the Indian strategy they seem to be moving cautiously a smart approach and small scale explorations/operations are occurring. 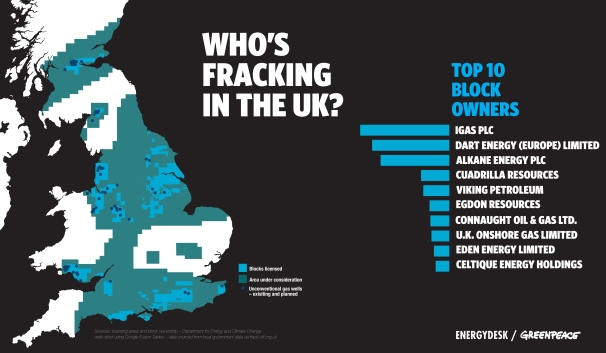 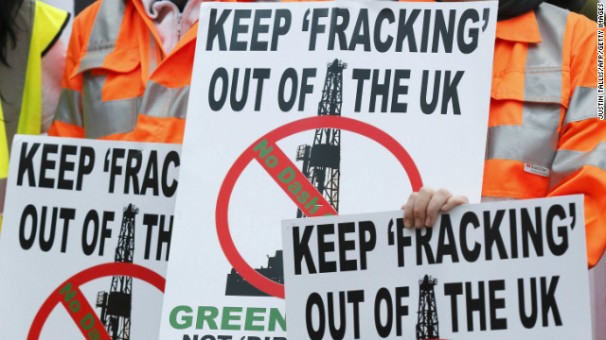 We are learning more every day about this linking of Fracking to Earthquakes and it is becoming more evident by the day.

Renewable energy is the future that needs to be worked further towards and invested in much more, at the UN Climate Change Conference in Paris 2015 the world agreed to officially work towards a greener future and work to keep global warming down, fracking for shale gas is injurious to the planets Earth if it triggers quakes especially a large one.

And these quakes are a first of their kind they are Human made; is Human kind really sizing up Seismic activity and are they ready to take on the consequences and why are countries not exploring green energy alternatives to the dangers of Fracking as outlined in this article and its link to earthquakes.

On an interesting note:
Did you know many animals may be able to sense Earthquakes days before they happen, there is ongoing scientific studies, mainly in Asia with animals like dogs, snakes, bees, as Scientists try to understand how prior to an earthquake animals can go into hiding like when this happened in Peru in 2011 when  magnitude 7.0 struck.