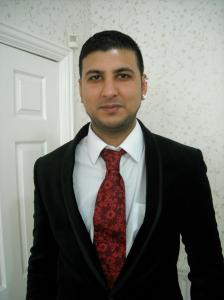 Raj Mehta is a thirty plus year old entrepenurial journalistic reporter; who has many years experiences working within the Asian Media. In India, he worked with India’s national media.

He has an international study history being a student in Los Angeles, and the UK with the pioneering BRIT SCHOOL/COLLEGE which specialises in Media as well as the Performing Arts. He graduated at the University of Westminster with a degree in Media studies Journalism Communications.

He has appeared on television with various television appearances, and has worked for the BBC and ITV. He has been writing extensively for television and websites and newspapers with the Harrow Observer Newspaper, online publishing with Harrow Borough FC and radio with BRIT FM a college run radio station with links to BBC and has worked on his university run radio station. He has also worked for Sunrise Television (Sky Channel 830) as a broadcast journalist.